In my last post about my trip to Europe this summer, I’m sharing my photos and tales from Belgium, which was at the beginning and the end of my trip. My aunt, uncle, and three cousins Florian, Gillis, and Felix live in Leuven, so I got to spend a lot of time there and in the surrounding cities! This post will mostly be picture-heavy, since I did way too much to put into words! Enjoy!

When I first arrived (the 4th of July), my family mostly took me around to see Leuven and shop a bit, and it was super fun to just have a laid-back day and get a look at this beautiful city! The first major thing we did was go to the Groot Begijnhof, which is a major béguinage in Leuven. A béguinage is a community of women all living together, sometimes for spiritual reasons and sometimes for material reasons. I’d never heard of this concept, but it’s a pretty interesting one! This béguinage originated in the early 13th century, and is a UNESCO World Heritage site! After seeing the Groot Begijnhof, my aunt, uncle, and I walked around some more and saw some cathedrals, and then had a coffee and waffle in a café. in Belgium, their version of a latte is called an upside-down coffee, which is kind of cool! Also, the waffles were exactly as I remembered them from my last time here when I was 8. Yum! 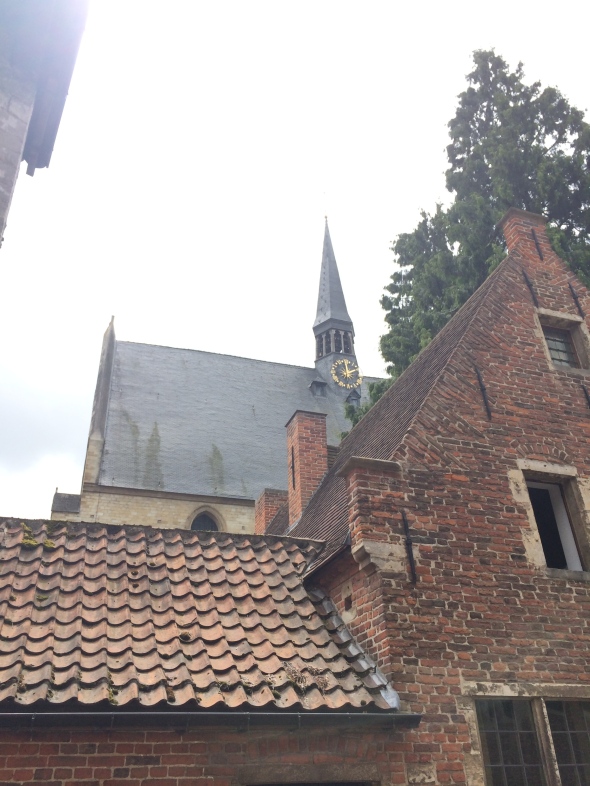 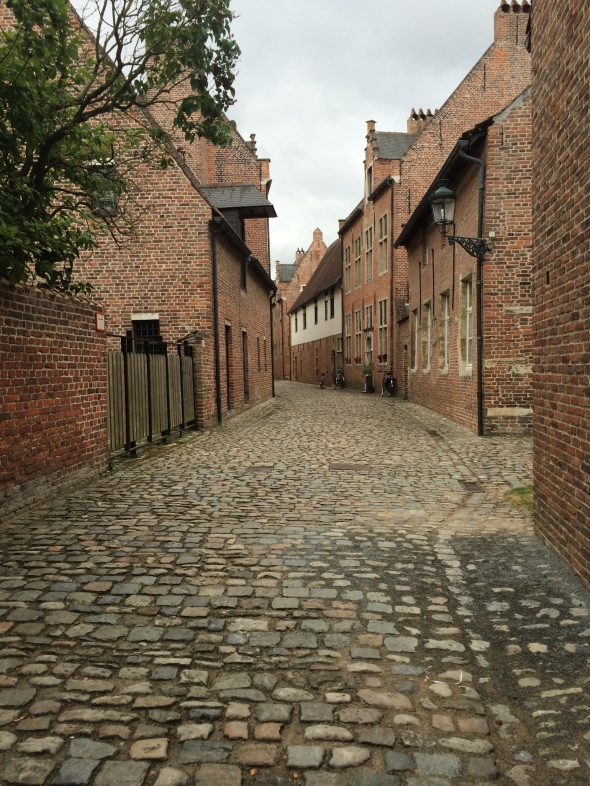 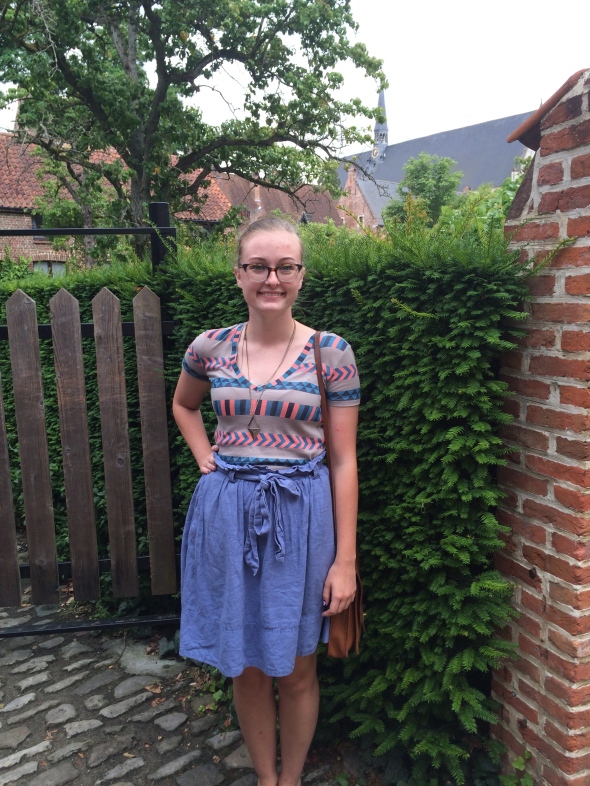 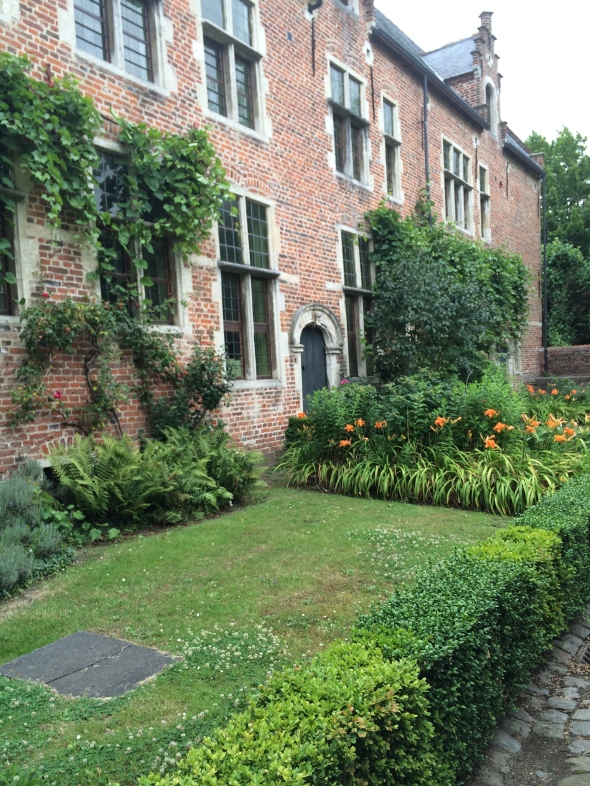 Another day, my aunt, uncle, Felix, and I went for a walk in a nearby park and explored an old cemetery, which was neat to see all of the old graves. In Belgium, they even have a special holiday to clean up and maintain the graves of their loved ones, which is different in the US where we just bury our loved ones and kind of leave them there. The park, pond, and playground were beautiful and we had perfect weather for our walk! 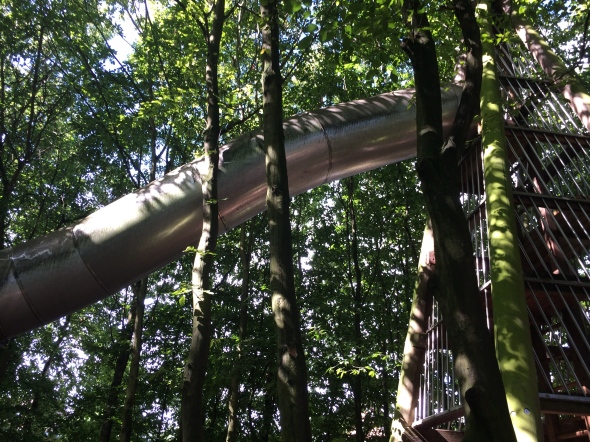 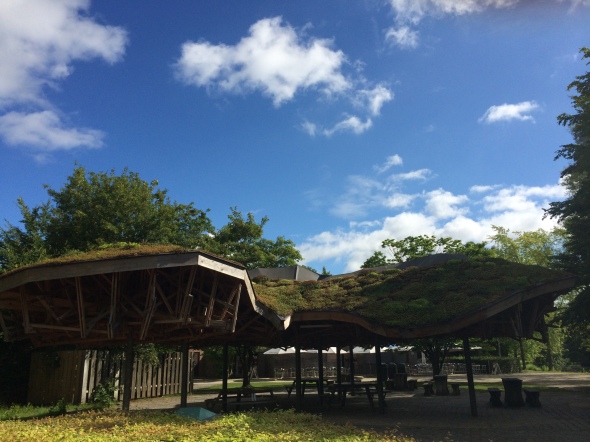 That Sunday, we went to my cousins’ grandparent’s house to celebrate their grandmother’s birthday. We had some yummy cakes and a delicious dinner, and played Cards Against Humanity with one of their cousins. It was pretty fun getting to see my uncle’s sister again, since she visited Atlanta when I was little!

The next day, me, my cousins, and Florian’s girlfriend Charlotte visited Antwerp for some shopping and exploring. This city is gorgeous and has so much history to see and places to explore! 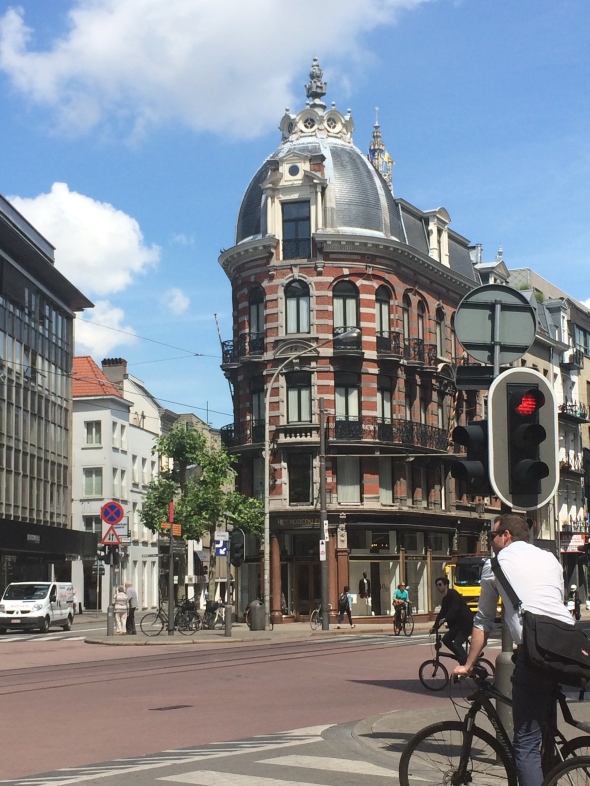 (The chocolates above are from The Chocolate Line and the flavors clockwise from the top right are: caramel sea salt, yuzu, lime and coriander, raspberry, lavender, apple, cola and pop rocks, and bacon and quinoa.)

On Tuesday, my aunt, Florian, Charlotte, and I went to Brussels to see the photography exhibit “Woman. The Feminist Avant-Garde of the 1970s.” at the BOZAR. We weren’t allowed to take photos at this exhibit, but trust me–it was an amazing exhibit. Plus, I discovered Francesca Woodman, who is definitely one of my favorite photographers now! After the exhibit, we went to Arcadi Cafe to grab some lunch and meet up with one of my aunt’s friends. Hello, quiche and pie! Then that night, Florian, Charlotte, and I went out in Leuven with some of Charlotte’s friends. It was really cool to see how the nightlife there compares to the nightlife in the US!

The Friday after we returned from London and France, Charlotte, Florian, Gillis, and I went back to Brussels to enjoy some shopping. While there, we ate at a delicious Ethiopian restaurant, KoKoB, where we shared a few dishes. It was definitely fun to eat with our hands and the food was so good. And we learned about an Ethiopian tradition there that’s kind of like saying “bon appetit”: you pick up some food with a piece of injera (staple bread made of teff–cereal similar to the millet–with a slight sour dough taste) and feed the person to the left of you. It was pretty cool! We shared KoKoB Atkïlt deblik (eggplant, zuchini and mushrooms cooked in a rich tomato sauce), Doro wot (typical dish of Ethiopia composed of a chicken drumstick, boiled egg, and berbere), Alicha Begh Wot (pieces of lamb cooked in a sauce with curcuma), Key Wot (pieces of beef cooked in a spicy and berbere sauce), ayeb (white cheese), and some injera, of course! As we were leaving Brussels, we also saw a pro-Palestine protest, which was amazing and powerful to see. As a huge proponent of freedom of speech, it was just incredible to see everyone stand up for what they believe in, chanting slogans in French and holding up flags. It was definitely a good day in Brussels!

On Sunday, the day before I left, we visited Maastricht, Netherlands and Aachen, Germany. It was cool to be able to see these cute little cities and see the difference between them and everywhere else I went on this trip. In Maastricht, we shopped (of course!), visited a cathedral, and had lunch there. I tried a croquette, which was fried meat and is a traditional Dutch dish. And in Aachen, we visited the Dom, which is the big cathedral there. We also had apple strudel and coffee before making our way back to Belgium.

My time in Europe was incredibly fun and I learned so much and saw so much as well! I’m so thankful to have gone on this trip and to get to spend time with my family there, whom I don’t see all too often. I can’t wait for my next trip back! 🙂